The 3 Most Profound Conversations From My Uber

I love talking to my passengers. Our conversations usually flow with ease and end with the exchange of warm pleasantries: “Good luck with that job interview”, or “I hope you get some sleep on the flight.” I can vividly recall three conversations, however, that didn’t end in that fashion. Three passengers and three conversations that left me speechless, not for a brief moment as I stumbled over words, but even now as I think about what they told me.

Here are the three most profound conversations spoken in my Uber. 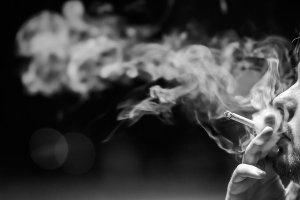 The young businessman, impeccably dressed in a navy-coloured suit, closed his eyes and took one final, lengthy drag of his cigarette on the corner of King and George. He placed the butt in the bin and walked toward my car, smoke still billowing from his open mouth.

“I’m sorry mate,” he said, sitting down beside me with a look of self-resignation and self-loathing.

“What for?” I replied, as the acrid tones of Marlborough Gold swirled around my car.

My passenger took a deep breath and said:

“I don’t think I’m addicted to the nicotine. I don’t smoke a packet a day. When I light up a cigarette and stare down at the tip, I feel instantly relieved. Relieved that I now have ten minutes where I’m in a bubble and nothing can touch me. I know it sounds weird but I feel like I can put the world on pause for a while. The next ten minutes, until I finish my cigarette, are all mine. I think that’s why I’m still smoking.”

I said goodbye to my passenger in Surry Hills. Now, when I see a lone smoker on the street staring pensively into space I don’t judge them. I picture them in a bubble, trying to savour a brief moment of respite in this chaotic world.

“Just to the airport please,” said the smartly dressed man in his late forties.

“Nice one! How long are you taking off?” I replied.

“It’s not a holiday actually. I’m heading over to The States for work. I’ll be back in five days.”

“What do you do for work? I’d love to have a job where I could travel overseas.”

“I’m an investment banker. Yeah, it sounds great in theory.”

“What do you mean?” I asked as I took a sharp left turn to International Departures.

My passenger fidgeted awkwardly in his seat before letting out a deep sigh and explaining:

“I’ve been everywhere and have seen so much of the world. New York, Buenos Aires, Shanghai. You name it, I’ve been there. Did I love it? At the time, yes. Looking back now, no. I have worked seventy-hour weeks since I was twenty-one. I missed my son’s first steps, my daughter’s first words and it took me five years to realise my wife had left me for someone else. I never asked her about her job or what she wanted or even if she was okay. At dinner parties, the conversation always revolved around me and what I was doing next. When your entire world revolves around your job, you lose sight of what really matters.

I could tell my passenger was dying to get those words off his chest. I think that might have been his final business trip.

The elderly woman tenderly took her elderly husband by his hand and walked him to my car. I turned off the ignition and opened the back door. We slowly lowered Bruce onto the seat, strapped on his belt and closed the door. Verlie, his loving wife, turned to me and said:

“Thank you dear. I won’t be a second, I left Bruce’s hat inside. He has dementia, so he might be a little confused about who you are. Won’t be long dear.”

I returned to my car and said hello to Bruce.

“Have we met before?” He replied with a warm smile.

“No Bruce, this is the first time we have met.”

I could see the pained expression on Bruce’s face as he attempted to find the words. After five seconds of trying he lowered his head and whispered:

“I…I….I’ll have Verlie explain what is wrong with me. Sometimes…. my mind, it goes astray.”

Those final words left me speechless. For a man who is slowly forgetting who he is to speak so poetically sent shivers down my spine. “Sometimes my mind, it goes astray.” I will never forget those words because I know how difficult it was for Bruce to find them.

I initially found it very bizarre when complete strangers decided to open up to me, an Uber Driver and also a complete stranger. I am starting to understand why. Strangers can’t judge you, and even if they did it doesn’t matter, it is unlikely you will ever see them again. My car has become somewhat of a confessional and I wouldn’t want it any other way.

If you’re interested in more stories I have an entire book jam-packed with tales, right here: http://bit.ly/1OOI0OC